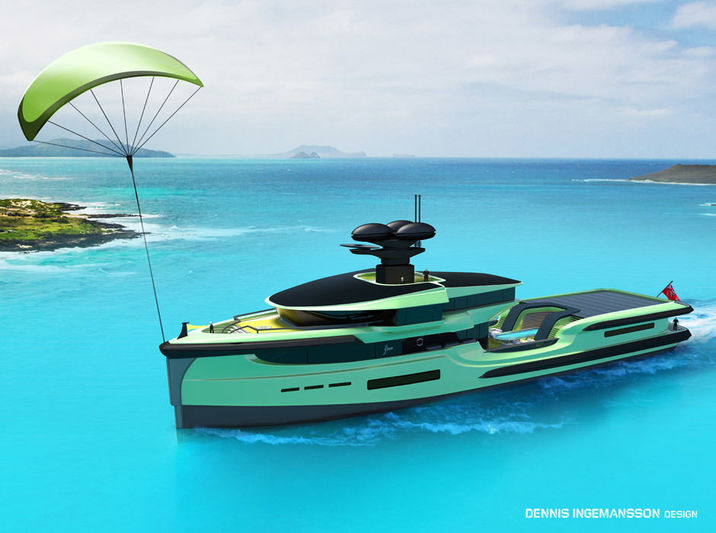 For the last decade and more, the IACS classification societies have offered ship owners the optional possibility to get a “clean” ship notation. That goes in steps from operational equipment, over to design, recycling and eventually also operations.

While this notation was mainly a marketing tool in the early days, the advent of IMO tier III, ballast water convention and more recently the sulfur cap have slowly merged the additional notations with standard practices, leaving still many voluntary options open.

In the yachting, there has been a more recent trend to try and improve the image of our industry in the field of environmental awareness too. Some owners are truly committed to help make a cleaner world. Others, maybe, just want to avoid being branded as the ugly villain from the movies, polluting regardless of consequences.

The public could argue that the best thing to do, then, would be not to own a huge vehicle that serves a purely selfish purpose. The industry has already demonstrated that this argument is far from valid, considering the positive economic impact of large yachts.

Several project and even existing yachts go a long way to reduce footprint. But how far do you go, and how efficient can that be. “Meten is Weten” (measuring is knowing)

Last year, the media officially launched the “Water Revolution Foundation”. The non-profit organisation had already been around for a few months and has several goals, all connected to helping reduce the environmental impact of luxury yachting. They have produced an “assessment tool” that should help owners, designers and operators to asses, control and if possible reduce the impact of a vessel through its complete life cycle.

Last week, The Yacht Club de Monaco held a series of events that would normally have been part of the Monaco Yacht Show. Next to Covid related subjects, we saw a press conference for the launch of “Superyacht Eco Association (SEA) Index, the first benchmark for yachts in terms of environmental performance”.

Water Revolution is mainly based in the Netherlands and started with highly specialised scientific as well as industry players. It is backed by some of the largest yards, designers and media organisms in Northern Europe. The SEA, reportedly backed by YCM, Credit Suisse and Nobiskrug, has not published much in mainstream media. From the launch presentation, we gather that they are adapting the IMO energy efficiency design index (EEDI) calculations to luxury yachts. That is a more limited approach, considering mainly carbon emissions in operation. The goal being to promote designs that will result in a yacht operating with the lowest possible emissions. In any case, the availability of another option to assess and benchmark a yacht’s eco performance must be a good thing. Both benchmarks can probably happily work together.

To quote Bernard d’Alessandri, secretary general of the YCM:
“Raising awareness is no longer enough – time now for action and solutions!”.