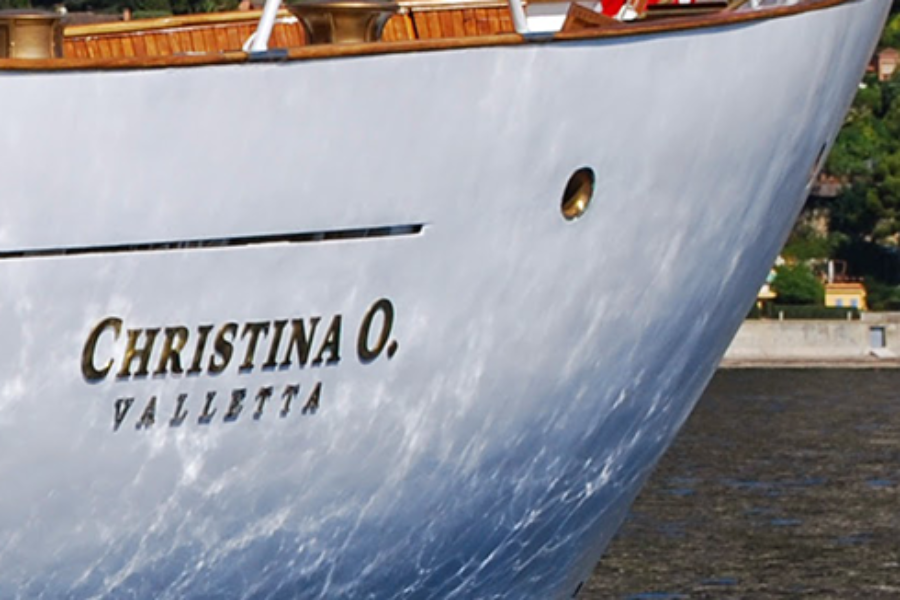 A yacht is a very personal possession. It is therefore natural for a new owner to rename yachts when they change hands. There was a time when what we call a classic today was just another yacht, and so some of them, having had an eventful life, changed names several times.

Some lucky boats kept their original name in their early life, and the name was carried on , firstly because it could be bad form or bad luck to rename a ship, and later without doubt as a tribute to their history. “Savarona”, “Nahlin”, “Puritan”, “Moonbeam”… All well known classic that are known today by their original name.

Some of yachts carried other denominations before reverting to the original, as owners of what was then “classics” wanted to pay tribute to their history and pedigree. “Malahne” and “Blue Bird” are examples.

The case of “Blue Bird” is interesting: while the owners retained the original name for her, they bought another famous classic, originally built as “Reveler”, and decided to baptise her “Talitha G”, in memory of a deceased family member.

Other yachts have been renamed for similar motives and still carry a different name today. “Norge” obviously as a state yacht, “Alicia”, “Adix” and many others are named for reasons that are particular to ownership at some point. Since “Marala” is not an original name, aren’t we all curious to see under which appellation she will emerge from the shed in Pendents?

Some names refer to the original one, but with a twist to insist on the historical value. “Haida 1929” was built as “Haida”. “Christina O” was converted as a yacht and named just “Cristina”; maybe the new owners wanted to confirm the Onassis pedigree by analogy with the nickname and brand “Jackie O”.

The yacht built as “Delphine II”, then renamed “Delphine” is today known as “SS Delphine”, probably to emphasize the fact that she still has steam engines. Since the prefix S/S indicates a steam ship, she is today the S/S SS Delphine.

One of these days, and on a lighter note, we might delve into the requirements and ceremonial for renaming a ship.

How would you name your classic yacht?