Over the last six years, we have been involved in the operation of 70+m yachts, up to 36 passengers and with large crew. We met in St Maarten in 2013 and worked together ever since.

Our first job together was bringing the future M/Y LEGEND from Italy to the Netherlands on her own bottom after an express check in dock. We then alternated between charters on SHERAKHAN and the rebuilt of LEGEND, learning the trade and using our ready knowledge to help make LEGEND the great boat she is now and winner of the 2017 Best Rebuild Award.

Our next assignment was to bring S/S DELPHINE back to active service after a 8 year lay up. That involved steelwork, engineering and regulatory issues, but also a lot of cosmetic and serious crewing and training challenges in a highly budget conscious environment.

Our goal is to bring our experience to a project for real traveller, explorer or research vessels, sail or power (yes, steam too). we can help design or refit them, set up for a brilliant sea career and satisfied clients, crew the ships with the right people…

Of course, then we wish to help taking them around the world and beyond. 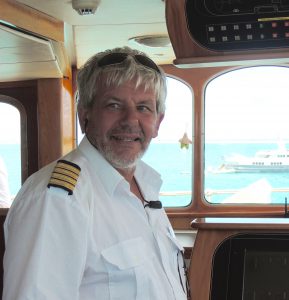 Captain Bernard Vivegnis was already a sailor when he joined the Marine cadets in Liège in 1977.

He graduated from the Marine Academy in Antwerp in 1982 and completed a 15 year career at sea on various tankers, finishing as Master unlimited tonnage.

Having opted for a career ashore in 1997, Bernard was a teacher at the same Marine Academy till 2001. He then became the safety and quality manager for the Towage and Salvage company URS in Antwerp.

Between 2006 and 2012, Captain Vivegnis was a surveyor and auditor for Bureau Veritas in Antwerp. Having followed all training modules, including “train the trainer”, he was in charge of management system activities as well as new buildings for a period. Since 2009, his tasks included certification of commercial yachts for the Belgian Flag, and several new build and refit projects for Belgian Clients.

Bernard was deeply involved in the final classification of M/Y Berzinc, when the managers started looking for a new captain. That was the perfect opportunity to go back to sea. Bernard’s second career at sea includes Berzinc, the Royal Clipper, Sherakhan, Legend and SS Delphine as Master, but also involvement in sail training vessels and large sailing yachts. 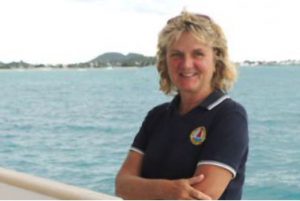 Petra Hogendoorn was born in The Netherlands, but was raised in South Africa. After school, she worked in the local tourism industry, always close to boats and the sea.

After meeting the father of her two children, they traded the Indian Ocean from Thailand to East Africa on a 40ft sailing schooner. Finally in 1988, they crossed the Atlantic to settle on the Caribbean island of St Maarten.

She has worked in a sail loft and managed properties while raising two children over the next 15 years. She moved to the office manager position for the St Maarten yacht Club, organizing events, members activities and some very nice calls by long distance navigators. Of course, the main event for the Island remains the Heineken Regatta for which Petra was always part of the volunteer and support team.

Since 2013, Petra has been working on large luxury yachts, taking care of interior services, housekeeping as well as ship’s administration. Thanks to her experience at the sail loft, Petra also handles all outside soft furnishings, upholstery and awnings, as well as brightwork, brass and stainless steel.

Petra is a master at organizing activities, excursions and creating great itineraries, but also on board set-ups for events and parties.

Our first refit was incidentally our own boat. This 1923 riveted steel yacht, done with way too little knowledge and even less resources, was the beginning of a passion for classics. Since then, we have covered some distance. 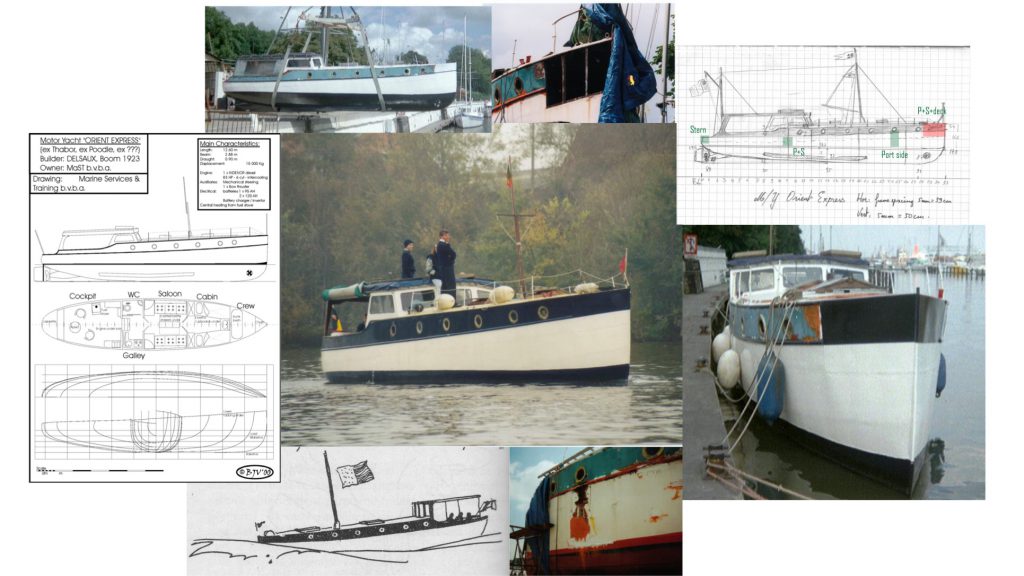