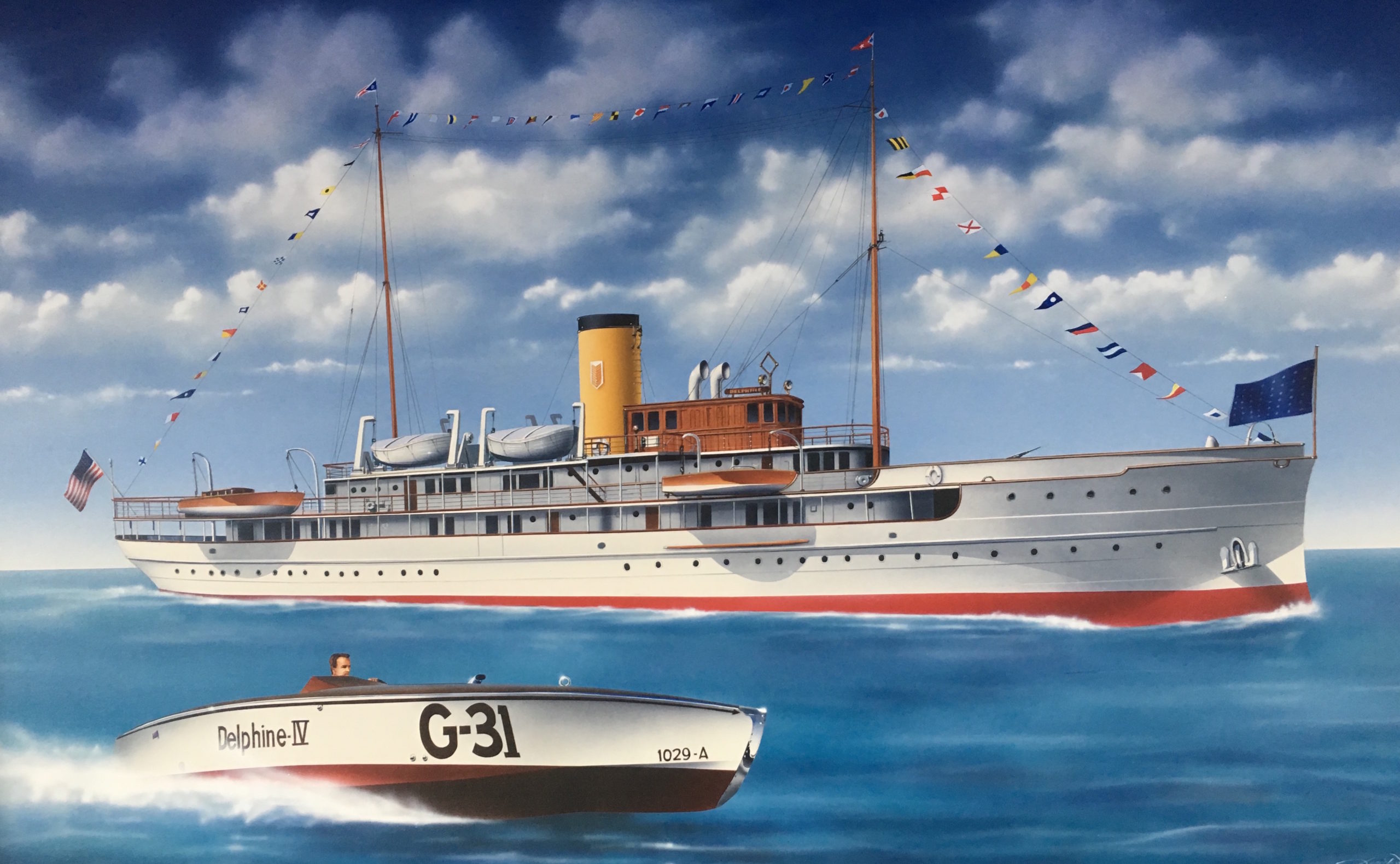 Not every yacht has, like Octopus, the luxury of a floodable garage the size of a dry dock for a sizeable yacht. The relative lack of both space and design freedom is particularly felt on the larger classic yachts, where the size and status of the vessel warrant a sizeable tender, but does not allow the modern storage and handling conveniences.

Storage and handling go together. On-deck storage of tenders is particularly popular on conversions and smaller yachts. Most of the time, the tender is handled by a crane that can be made discreet when not in use. In our experience, though, a single point hoist of a tender of over 1500 kg becomes quickly challenging. In addition, the tender needs to be swung between its storage position and the water, making it difficult to belay or slip the control guy lines on fixed points on deck.

The best way to handle tenders over 1 ton is two points hoist. Now that is a nice fact as the traditional davits used on classic yachts are ideal. This can go with a second issue: speed of handling. Traditional davits rely on relatively weak winches and light ropes in four to six parts block and tackles. That makes for a slow movement. If there is a little bit of swell, the boat will start floating, but not enough for the crew to release the falls. This will allow some serious shocks in the whole structure till the boat floats completely. On top of that, the slightest roll can start uncontrollable swing unless there is enough crew to slip pennant lines all the time.

It is thus important to have as fast a movement as possible. Modern synthetic ropes and captive winches allow a single part fall and fast run, while keeping the appearance of traditional gear. For any vertical movement, the shorter, the better. On classic yachts, because there are still nice volumes in the superstructure above the main deck, tenders would typically be stored in a recess on the deck above (promenade deck, bridge deck or boat deck depending on the yacht configuration). Such a recess is usually found around the engine room trunk or on an open deck space aft.

A magic improvement that can be done is to bring the storage position down, possibly even below the main deck, in a side garage. This is quite common on modern yachts and can easily be retrofitted in a classic hull, provided the stability and load line rules can still be observed. Having a garage that also transforms into a marina deck when the tenders are out also helps the question of access to the water for guests. Indeed, the shape of most classic yachts precludes the existence of a stern bathing platform.

Hoisting from a garage is usually done by sliding traveler beams. Such beams can also be fitted for upper deck storage as on NERO.

Project “I” will have six tenders:

– Two medium (crew and sports) tenders, stored at sea in an open garage on the main deck forward, but kept under davits while at anchor.

– Two small tenders (a jolly boat and a fast runabout), also kept in davits when in use, but stored for sea or port stays in a full beam garage and marina deck aft.

When in season, for short passages and at anchor, all tenders will be stored under their davits for immediate deployment. In that position, they stick out of the parallel body, so for port stays as well as long sea passages, they will go to their sea stowage position on deck or in the garages.

– Two point hoist is better than one.

– Movements shall be as fast as possible.

– Tender stowage shall be as low as practical.