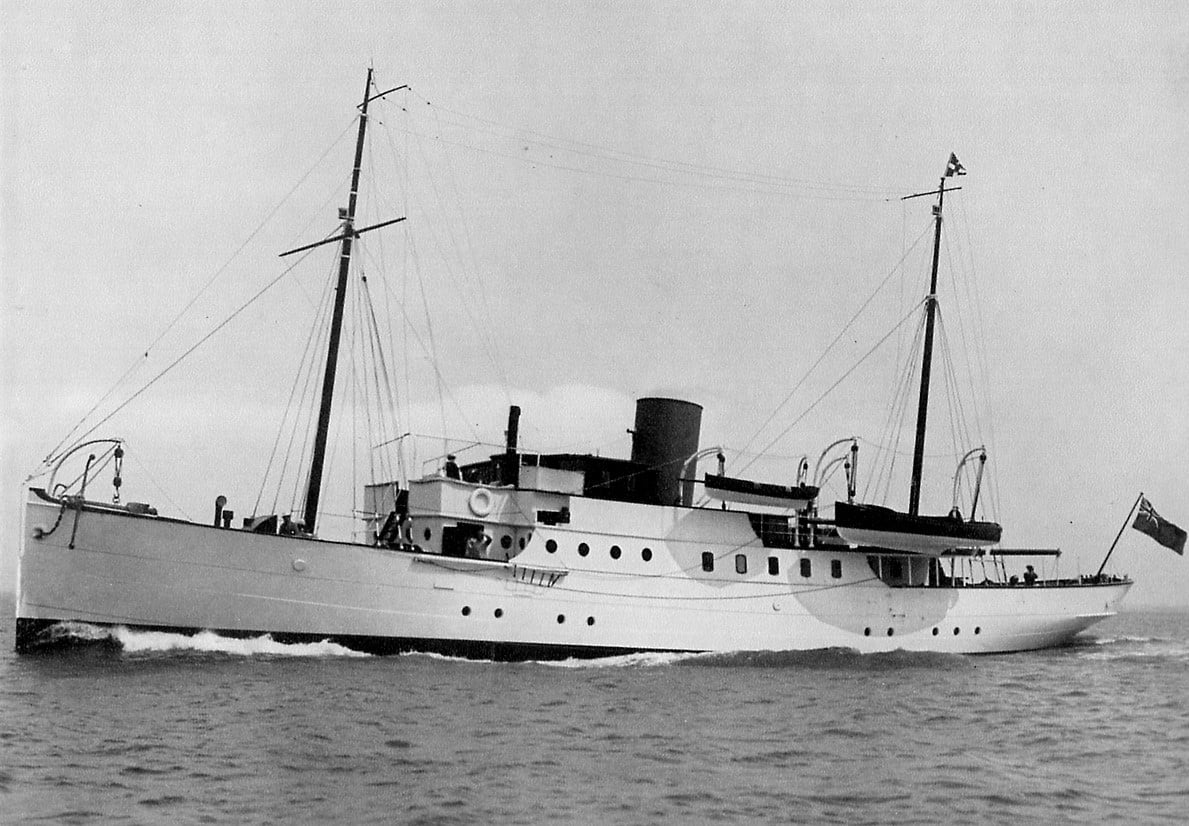 On a chilly March day in 1898, the steam cutter “Queen Victoria” slipped into the waters of the Clyde to be further outfitted and begin service shortly after. She would spend the next 25 years as one of the pilot cutters at the mouth of the river Mersey, giving access to the port of Liverpool.

In 1924, she was purchased out of service and became the yacht “Adventuress”, for private use. Among other things her Rowan & Sons steam engine and boilers were replaced by a 420 BHP four cylinder Sulzer diesel engine. Arguably, this added the boiler room space to the usable guest areas. Still, why is a pilot cutter so attractive as a yacht conversion proposition?

To clarify things, maybe let’s explain what is a pilot cutter. Unlike pilot tenders, launches and other small crafts, a pilot cutter is a large ship that remains on station at the mouth of a great river or the approach of a busy port. Pilots are transferred from outbound ships by small yoles, spend some time, eat and rest on the cutter, then are transferred back onto an inbound ship.

Pilot cutters are ships between 45 and 60 m long. They have a reasonably powered engine to get to their station and keep it, but do not need great speed. They have decent accommodation space for their own crew and up to 30+ pilots. They are quite seaworthy, being forced to remain on station even when the weather stops pilotage. They have relatively clear decks for the handling of the yoles. In many respects, they have the exact characteristics that large yachts desire.

Over the last decennias, several North European cutters have been converted into successful yachts. Akula and Altair III have been reshaped from Dutch Pilot boats. The “Commandant Fourcault” has been converted as a dive support ship, quite apart from the standard yacht style and levels of finish, but efficiently giving service to those who would yacht differently. There are countless other examples.

Finally, Abeking and Rasmussen have produced several designs of SWATH yachts, all flowing down from their designs for the new century pilot cutters.

The Netherlands have so far resisted the attraction of the new SWATH design. Looking at their larger and quite modern cutters (about 80m), would we assume they’d make brilliant yachts too?