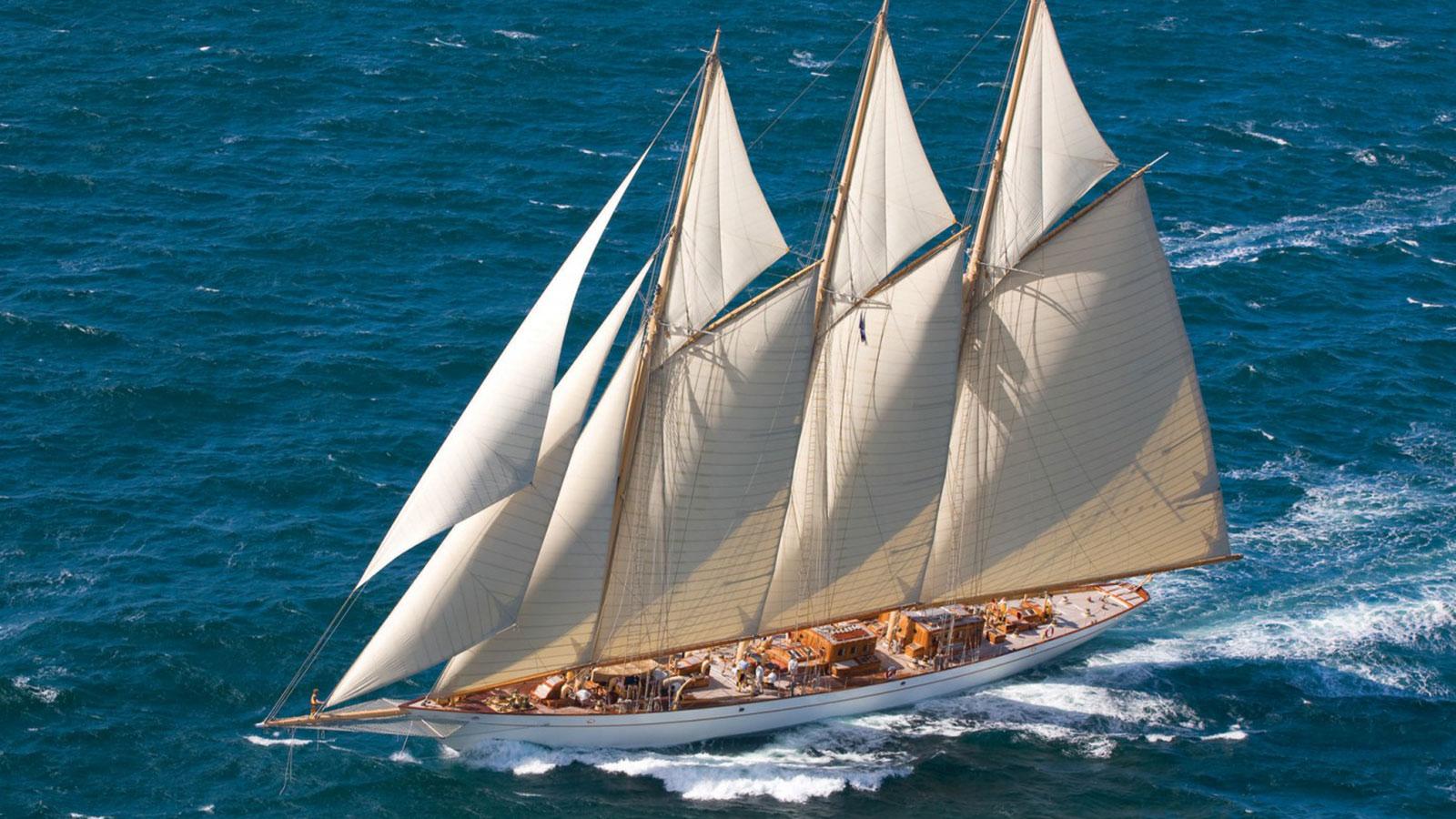 In 1960, the Robert Clark designed yacht “Carita” left the yard of De Vries Lentsch. The 57m three masted schooner, today named “Fleurtje”, had the shape of an elegant millionaire’s yacht of the turn of the century. In the following years, classic lines inspired several designers to create reproductions or near replicas of famous boats. Those remained quite confidential though.

In 1984, Astilleros launched the 62m topsail schooner “Jessica”. A few years on, Pendennis completely altered her looks, with longer overhangs and removing the topsails. Called “Adix”, she was one of the longest sailing yachts and still is today. (See top picture)

On a smaller scale, several yards started to offer “new classics”. Having produced “Kim” with a classic look above a modern fin keel underwater body, Andre Hoek went on to design the “Truly Classic” range, still going strong today. He was also the designer for some amazing large luxury yachts including recently “Marie”. Finally, next to some of the new “J”, Andre Hoek designed a number of plumb bow sailing yachts inspired by the pilot cutters of the South of England.

Gerard Dijkstra is another famous architect of sailing yachts. Next to revolutionary designs such as the Dynarig, he produced several successful pilot cutter inspired designs including Hetairos and Kamaxitha. Dijkstra also shares with Hoek most of the “J” fleet of today. Many of those designs go for modern sail shapes, although some are very smart using full battens to create a forced roach emulating gaff sails with topsail.

Dijkstra was the designer for tall ships, sail training vessels that are not relevant to this article, except inasmuch as they gave lead to yacht inspired from them rather than by original classic yachts. “Athena” is one of those, but also the smaller Meteor and “Mikhail S Vorontsov”.

Bill Langan, formerly of Sparkman and Stephens, produced “Eos” and knocked “Athena” off the Nr 1 place at the time. In the tall ship style, we also find “Baboon” and “Montigne”.

Of course, next to the modern interpretations, there are some replicas around that have been built recently. We already mentioned the J’s for which one of the class requirements is that they are built on a period lines plan. Yachts such as “Elena” and “Germania Nova” are also very close replicas.

In this category, there is the particular case of Ed Kastelein. A scion of the Holland-America line owners, he became a hotel operator, then a serial classic yacht owner. His last projects include “Zaca a te Moana”, “Eleonora” and the magnificent “Atlantic”.

So to sum things up, there are basically three kinds of large new classics: Pure replicas, Tall ship inspired yachts and classic lines on a modern underwater body.

To be fair, there are so many more large size modern sailing than motor classic yachts. It is impossible to be exhaustive here. One thing is certain: more will come. There are beautiful projects out there, in the books of the mentioned designers and others too. Our heart goes towards some of the Van Meer designs for a 74m topsail schooner, Dijkstra’s windjammer project, or maybe Hoek’s Expedition Schooner project.

The largest classic sailing yacht is near delivery. She also knocks “Black Pearl” off the top position of sailing yachts. With her classic hull and three masted schooner rig, Oceanco’s project Y721 is set to be a head turner wherever she goes

(c) All pictures from Google searches, except for “the Windjammer project” from “Dijkstra Naval Architects”