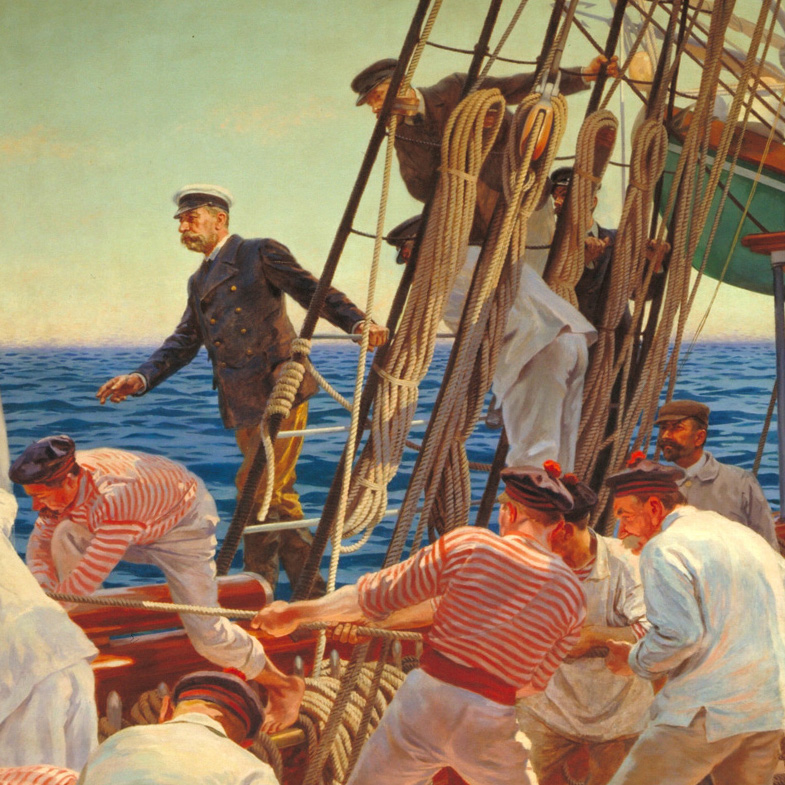 The year is 1876, the place is Burlington House in Mayfair, London. A group of gentlemen are discussing their passion: scientific research. Since 1854, Burlington House is occupied by the Royal Society and several other distinguished association. Most of those societies, essentially former dining clubs for gentlemen sharing a common hobby, have premises across London. The Royal Geographical society is established on Saville Row. This is definitely a posh crowd. 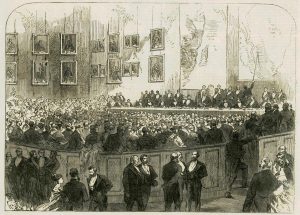 That same year, the HMS Challenger expedition, funded by the Royal Society, and the HMS Discovery Arctic voyage, funded by the Admiralty, laid out the foundations of modern oceanography. Likely the Discovery expedition inspired the Geographical society to fund voyages by Scott and Shackleton in the following decades on another vessel named Discovery. 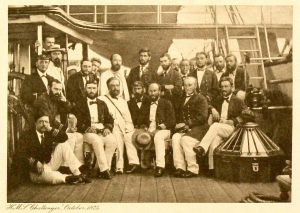 In those days, navies and governments are just beginning to fund scientific research. Science had always been an expensive hobby reserved to wealthy men. Even so, funds are reserved for “useful” expeditions, such as the charting of the world’s oceans and currents. Universities are also turning towards applied sciences, but the funding for research remains scarce.

Only extremely rich men have the time and the resources to engage in real research. Because it remains private, there is no structure, but the discoveries made during that second half of the 19th Century still influence our lives today. Young king Carlos of Portugal was possibly influenced by his visit on HMS Challenger in Lisbon. He will engage four successive yachts all named “AMELIA” in oceanographic research. 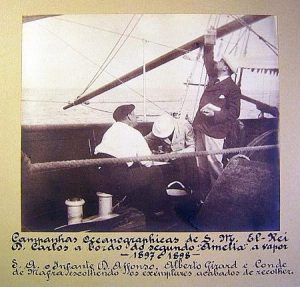 His friend and correspondent Prince Albert I of Monaco shares his passion and shall also engage four consecutive yachts in research. The Prince does not stop there and funds two of the most eminent oceanographic institutes of the time, in Paris and Monaco. A few years later, Jean-Baptiste Charcot, a wealthy doctor, himself with good connection with the Vanderbilt’s and the French navy, uses his four successive yachts called “POURQUOI PAS?” in progressively ambitious scientific expeditions… 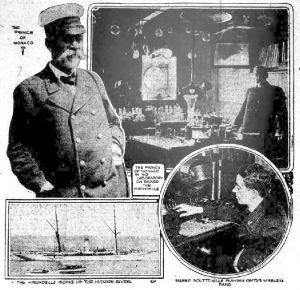 … and today, over one century later, can we see the same trend rising again?

Among the largest of luxury yachts since the late XXth century, some were converted research, or ice capable, vessels. To name a few: Olivia, Arctic P, Enigma XK, Legend…

Some actually do “expedition” in the sense that they allow their guests to reach places away from the traditional yachting scene and provide extraordinary discovering experience. Some others are simply used as yachts. 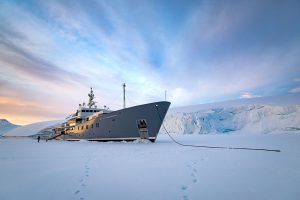 A few former patrol or scientific vessels have been modified with less luxury in mind, and thus are priced in a range that could make them affordable for governments, NGO’s , universities etc… for actual scientific work. Sarsen is one of those, although she was never very visible and appears to be now idle again.

In the “luxury” market, a few exceptions exist. One is OCTOPUS, à Paul Allen. That yacht, while offering everything an owner can wish for his own enjoyment, also boasts an impressive range of scientific tools and the versatility to go on research trips. She has already several major discoveries in her log. 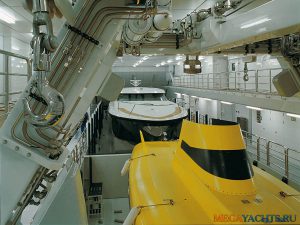 Another is YERSIN. The yacht, owned by French businessman François Fiat, has been sent on a three-year round the world scientific expedition under the auspices of Monaco Explorations and HSH Prince Albert II. The vessel is a new build and was specifically designed for scientific work. 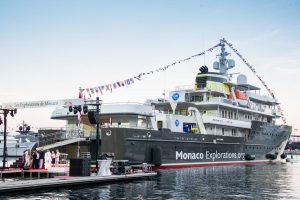 Finally, the ultimate dream of any scientist will appear soon under the provisional name REV. That ship is the brainchild of Norwegian industrialist Kjell Inge Røkke. The project, originally planned at 160m, keeps growing as additional needs and facilities are accommodated. She should be delivered in 2020 and will also be a showcase of Norwegian knowhow. Be sure to look her up. 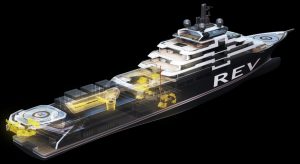 Finally, a little known fact: Another well known research vessel, Calypso, officially the ship of the Cousteau Society, was secretly rented out to Cdt. Cousteau for a farthing by British Millionaire and mecene Thomas Loel Guinness.

(All pictures from Google image searches)