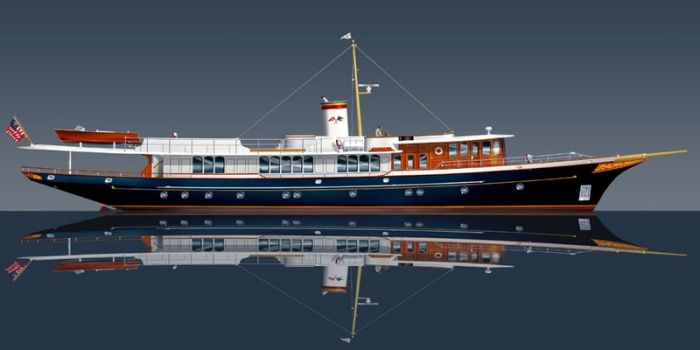 I assume there were always people with nostalgia trying to reproduce the looks and feel of objects from the past. It is true for cars, houses, and also for yachts. In the nineties, in my view then pretty much limited to reading “Classic Boats” and the like, this started in yachting with sailing boats such as “Kim” and the “Truly Classic” range for smaller sailing yachts. Many small or semi-custom builders had at least one “modern classic” in their range. I still have somewhere a Standfast drawing from that time. For Motor boats, the “Andreyale” series really impressed me.

At the time, I was busy trying to refit a 1923 “bakdek cruiser”. My club, the BRYC, had a complete 1923-1979 collection of of the Belgian yachting magazine “Sur l’Eau”. I had a ball doing the complete research. Little did I know at the time that a movement towards the revival of classic looks in new built superyachts was already starting.

In 2001, The Turquoise shipyard introduced a 47m neo classic yacht with a clipper bow and long overhang more typical of the late XIX century. She has had several owners since, the most famous being (reportedly) Johnny Depp and JK Rowling. Recently sold again, she is now named ARRIVA. 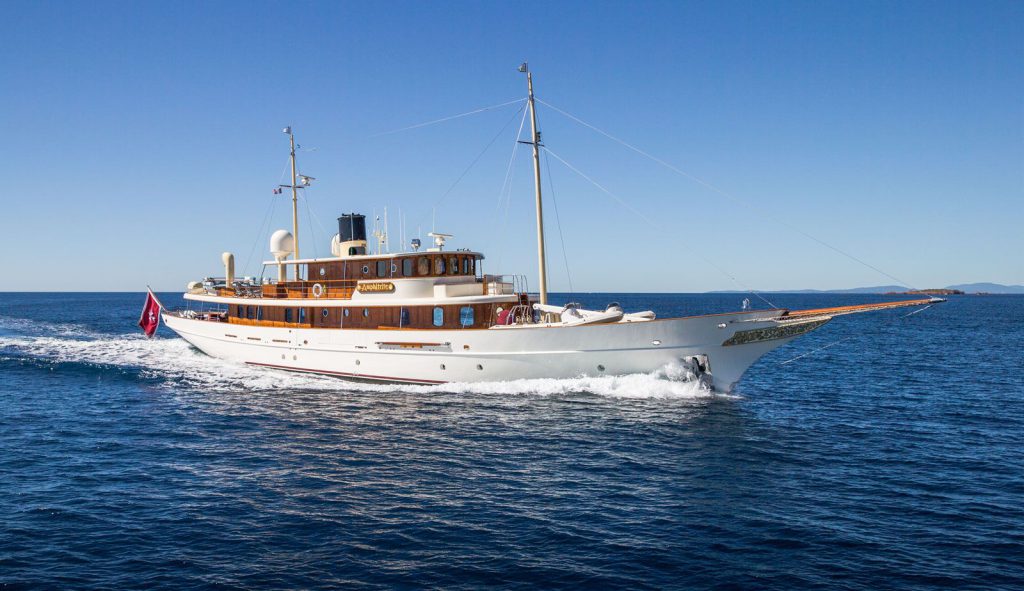 This inspired a few other similar boats, unfortunately often too small for the number of decks that were crammed on top of the hull, then crowned by a tiny stub of a funnel for looks. The Netherlands also produced the yacht “Grace” later renamed “Elsa” along the same concept. She was sadly lost last year on the rocky shore of Saba.

In 2007, a yard set-up in China under the name “Corsair Yachts” built a 90m boat along the same concept. She was inspired by J.P. Morgan’s “Corsair IV”, albeit with the addition of one and a half extra decks to give her the space required by modern yacht volume standards. “Nero” still turn heads everywhere she goes. 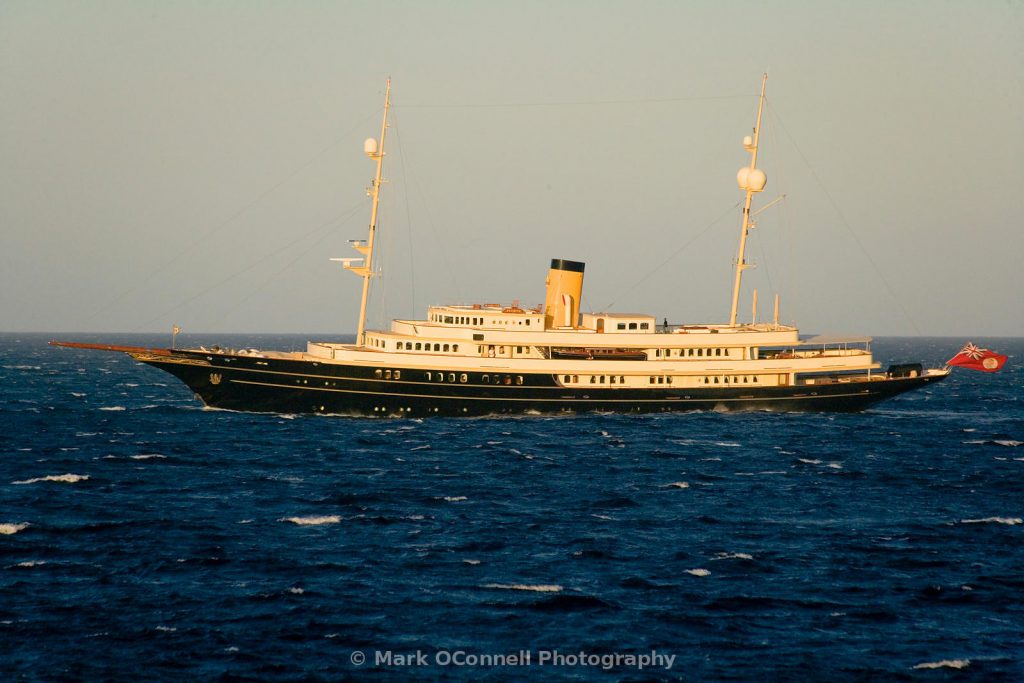 In 2009, the Burger Boat Company produced “Sycara IV”. Since the brief required the yacht to be able to negotiate inland waterways, the number of decks was kept in line with proper aesthetics and she is extremely graceful for a smaller new classic.

The trend does not need to be limited to Clipper bow yachts. In 2007, the Classic J “Velsheda” needed a support ship. JFA built the Rhoades & Young designed “Bystander” to fulfil that role. Again, she has too many decks to accurately reflect older designs, but every effort has been made to give her the period feel that her ward deserves. Pictured above is a drawing of another, still unfulfilled, project by Rhoades-Young 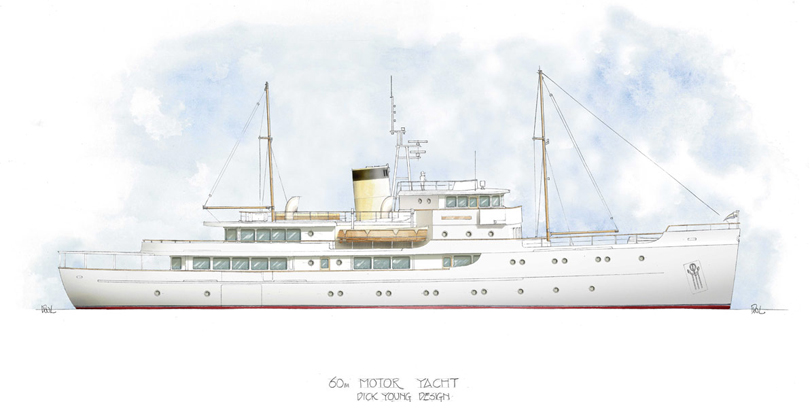 Among the already built new classics, let’s note “Taransay” a near exact replica of a 1929 yacht with the same name. Delivered in 2015, she went on to win a MYS award for her originality and distinction. 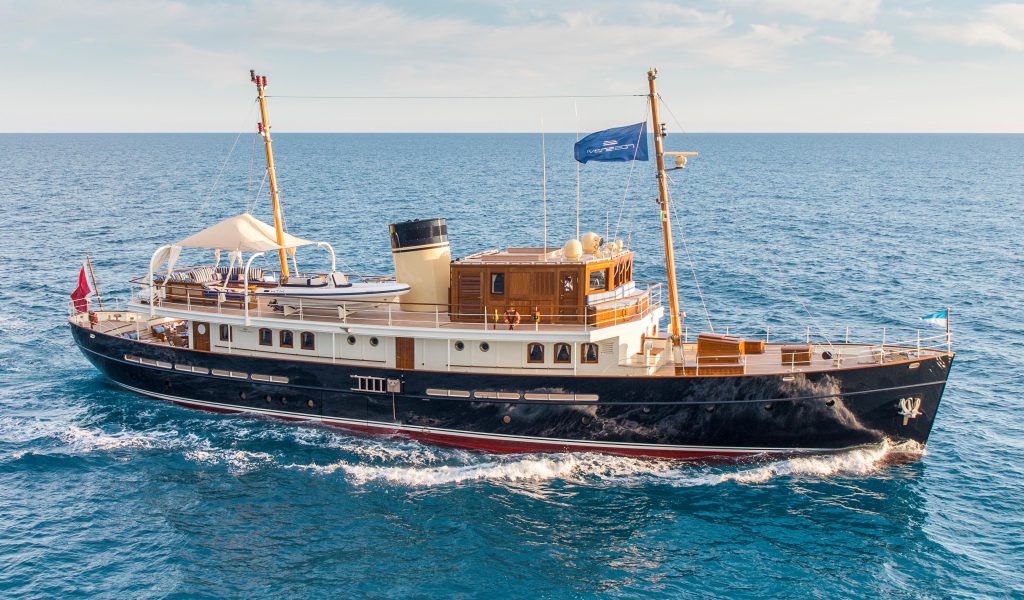 In the meantime, firms like Laurent Gilles have had classic yacht projects on their books for quite a while. Project “Nelson” is reminiscent of the royal yacht “Britannia” with her three masts, albeit slightly smaller. Rossinavi, the builders of Taransay, have a comparable 80m design in progress. 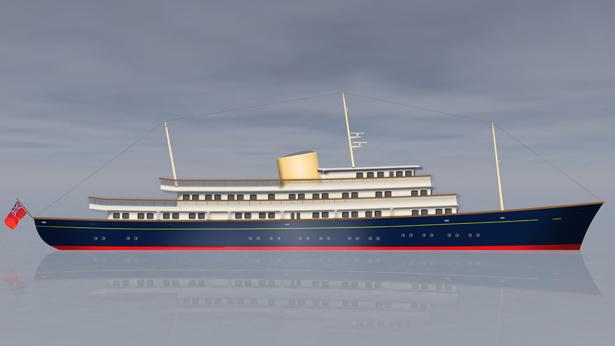 Turquoise is currently building an explorer yacht designed by Hoek Design. At 56m, the classic looking ice class ship has something of a vintage tugboat. Very little details are available. 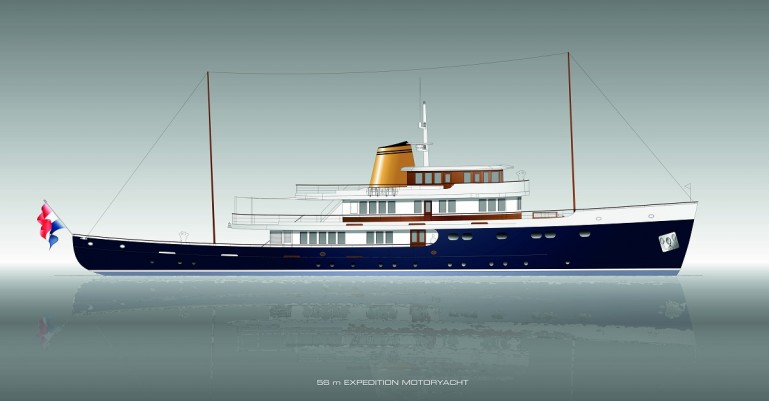 Fraser and Royal Huisman presented the Frers designed “project Marlin”. Sleek and fast, that concept takes us back to the “Andreyale” and extrapolates on the fast commuter look. A look that also partly inspires Spirit Yachts with the Rhoades-Young design “Royale”. 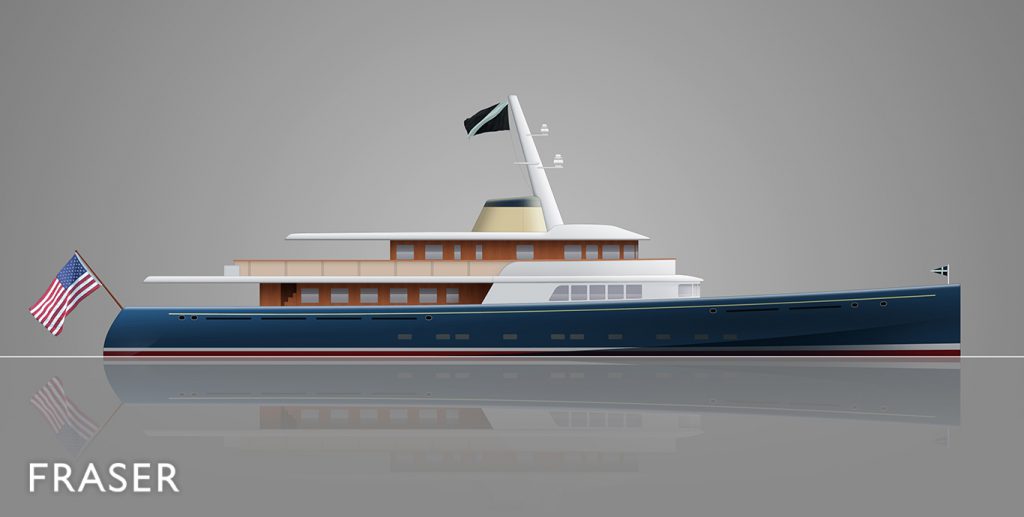 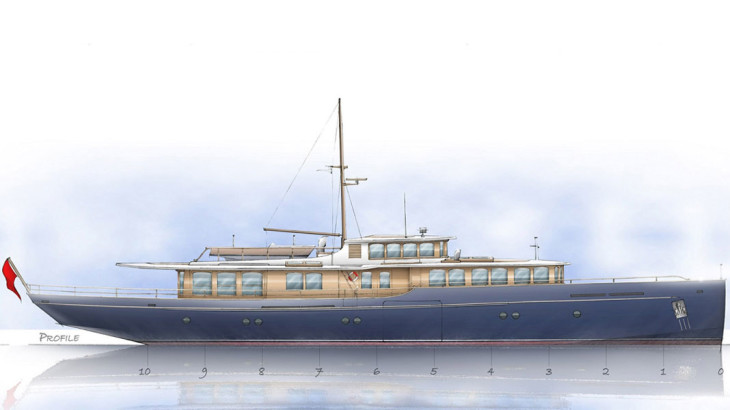 So with all this afloat and on the books, it is certain that, while still marginal, the modern classic yacht has some potential for further new builts. Of course, there are still a few real classics afloat, some of which are sadly lacking attention today. And what about modern sailing classics? Those subjects are for another day.

Here are a few “also ran”: B&V project Vintage (top picture), and a drawing from that popped up in Pinterest, and that immediately brings our own s/s Delphine to mind. This concept is credited to “Werner Yacht design” of Volendam for a refit project. 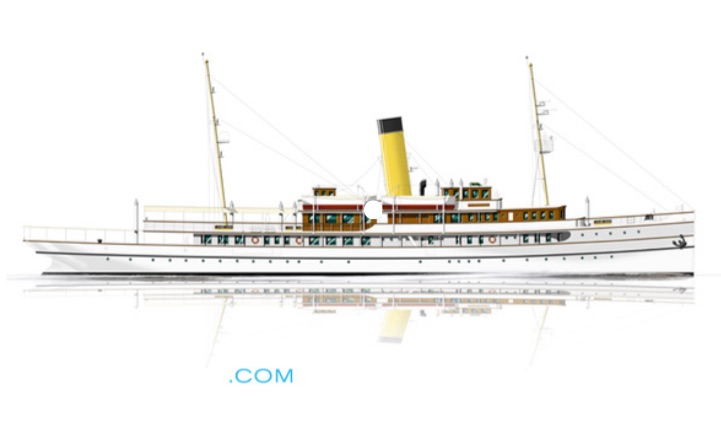