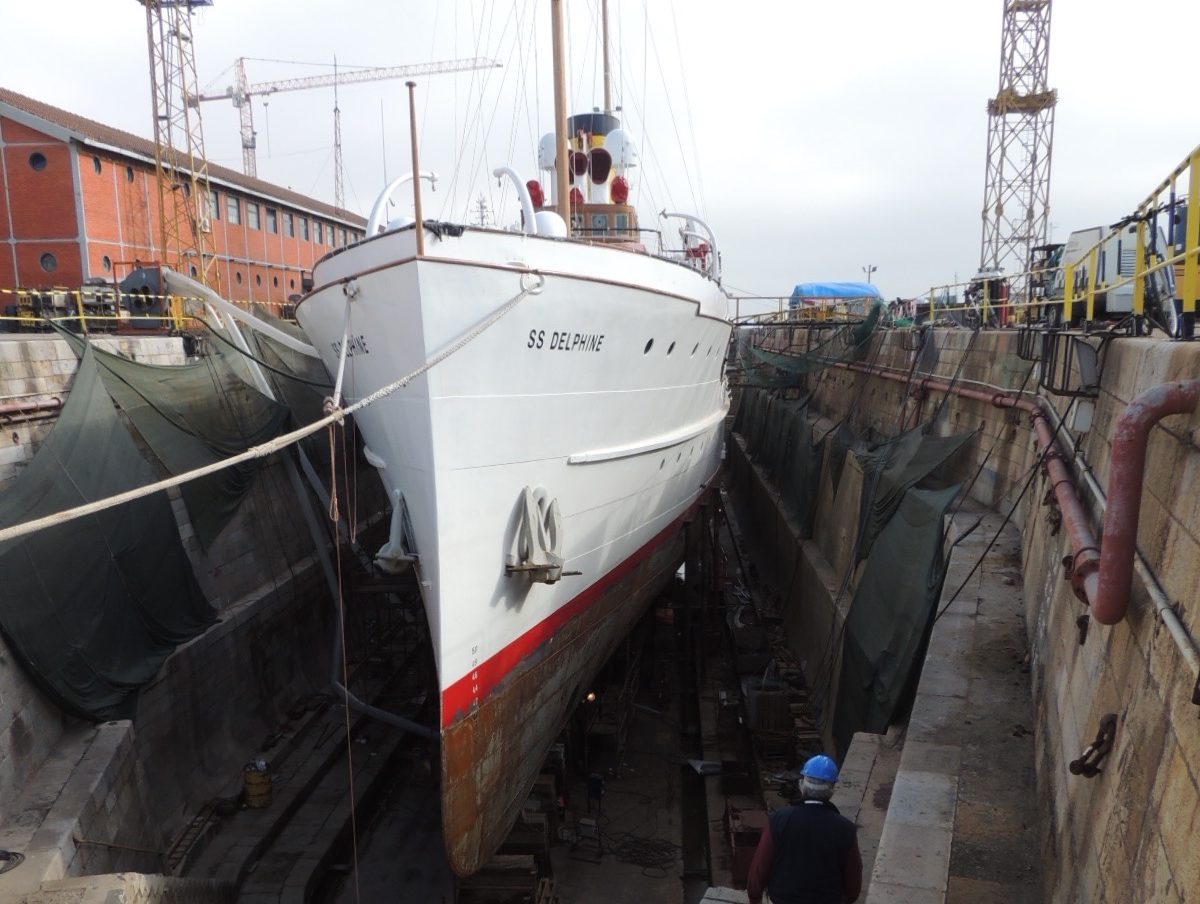 The ram bow became popular in the second half of the XIX° century. It fitted nicely with the tumblehome of the first heavy cruisers and battleships of the time. The battle of Lissa (Vis in Croatia today) is famous for being one fought also by ramming as a way to sink enemy ships. It was little used for yachts, barring maybe that proverbial lumbering monstrosity: SMS Hohenzollern.

Fast forward to the early XX° century. The sometimes excessive tumblehome has become something of the past. The ram bow remains in use for very large ships with long range guns. In those days when gunnery control was still a manual activity, you don’t want unexpected bow slamming to upset a very critical and expensive salvo. The ram bow shape would plough through waves, making the decks very wet indeed, but without shocks. It was used for Dreadnought battleships and remained popular with ships of the line design in the USA till the end of WW1. (A still existing example is USS TEXAS.)

When the USA joined WW1, Horace Dodge owned a steam yacht named NOKOMIS. That yacht was requisitioned by the navy. Several month later, his next yacht, NOKOMIS II, was also commandeered. The first one was sold to a third party after the war, but the navy kept NOKOMIS II in service. Legend has it that, when designing his next yacht, Delphine II, Horace Dodge planned it to be easily converted into a naval gunboat, so he could get it back in almost original configuration after the next war.

The legends aside, there is a very pragmatic consideration involved. Let’s consider three ships: SS Delphine, Nahlin (above) and Nero. All three have very much the same displacement and gross tonnage (hence inside space), however, Nahlin and Nero are both a full 12 metres longer overall. If your main sailing area is inland, like the Great Lakes, and the Welland Canal locks (below) are 260 ft long, your yacht cannot be over 258 ft. SS Delphine is 257,8 ft.

Today, I have the rare privilege to look at SS Delphine docked next to Haida 1929 for the winter. Haida is 71m long, against the 78,5 of Delphine, but her GT is around 700 while Delphine is 1342, and the displacements are also in proportion. Compared to Talitha, Delphine with the same length overall, has a displacement 30% larger. This is a very clear case of function before form. In an age when all US tycoons had they yachts adorned with a clipper bow and stern overhangs, Horace Dodge, the “new money” guy, simply chose for the largest volume his home waters would accommodate.

To be fair, the bow could have been just plumb like other American builds of the period. Did Horace really have a beef with the navy?