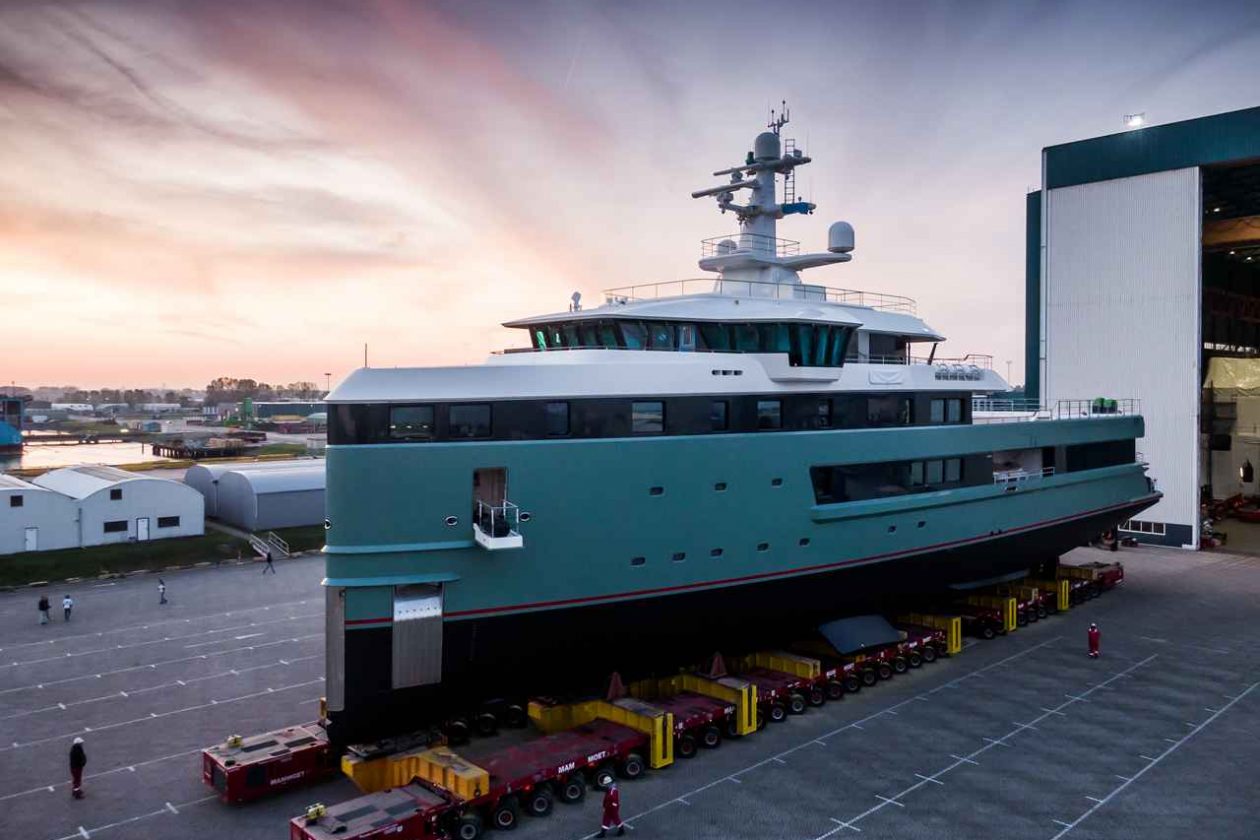 Breaking the Deadlock: Exploration ships and the Polar Code.

Following some comments on the launch of the first Damen SeaXplorer, let’s have a look at what exactly you should be ready to sacrifice to Polar capability in terms of stabilisers on your explorer yacht.

The Polar Code defines three categories of ships. To simplify to the extreme, A are ice breakers, B are sturdy ice classed vessels and C are all the rest. Category C vessels are intended to navigate in open waters. That can include waters with floating drift ice, growlers and thin new ice, but no compact first year ice. I have taken a small tanker up the St Lawrence river in February with no ice class. With care, that is possible but challenging.

Let’s have a look at some successful polar exploration ships, all falling under C category

In 1977, Willy de Roos crossed the Nortwest passage in one single season. His boat, “Williwaw”, was a steel sailing ketch of just under 15m. Two years ago, friends of mine visited Vernadsky base, the furthest South you can get without becoming bored. “Grand Jack”, their boat, is from the same shipyard and even smaller than Williwaw.

In a more professional league, the bark Europa has been successfully touring Antarctica every year since long before the Polar Code was created. They too regularly call in Vernadsky.

None of these boats have stabilisers, though we know that it’s exactly what masts and sails are. I put them there to show that a ship does not have to be a purpose designed ice breaker to safely tour the polar zones in summer. The arguments being about stabilizer types and ice capability, let’s have a look at the options.

Stabiliser tanks: compensate roll by allowing controlled movement of a liquid. Fuel is not a good option as the quantity varies, that leaves permanent water ballast. That is a serious waste of space on a ship that should dedicate all her capacity to comfort and supplies for her guests.

Retractable stabilisers are the best option. Usually there is not much waves or swell around ice, so the “wings” can be retracted for protection. Their housing however uses again a lot of space. In addition, they are not very good for “zero speed” stabilization. That means that you sacrifice some comfort all the time you are not in polar areas to those few weeks when you want to be there.

Not retractable stabilizers are the most current option for most yachts. They are exposed and can become damaged if the navigation team does not carefully plan and monitor the passages around ice. That is a question of experience and planning. Experience of such yachts successfully cruising polar waters abound, and I will only mention Sherakhan and Planet Nine, both with “exposed” wings, that came back with no damage.

What will you sacrifice?

Since most polar cruising is done in the summer, the interesting places are accessible in mostly open water. Vernadsky is mostly accessible to cat C ships, but to get there you may have to wait a bit or skip around Lemaire Channel. The Northwest passage, as we have seen with “Williwaw”, is also a possibility, though despite Global Warming, two cruise ships had to turn back last season.

Also you may have to forego the traditional “I tow my yacht in ice“ photo shoot.

In the end, it all boils down to what the plan is: If one wants to do commercial charters specialised in polar regions, the vessel should be provided with either retractable fins or tank stabilization. On the other hand, if the vessel is a true explorer to visit all five oceans and six continents of our planet, compromise may lead people to go for the space gain and efficiency of traditional stabilization.

I would finish on a different subject: No one has commented the subject posts on the absence of life boats. Now if we get started on safety, in true exploration potentially far away from any rescue capability, there is no better way to ensure survival, while you wait for help, than having fully enclosed life boats, or the SOLAS approved equivalent limo tenders, for all occupants of a yacht.